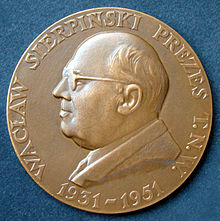 his carpet - also related to Sierpiński Sponge or Menger's Sponge when in 3D. 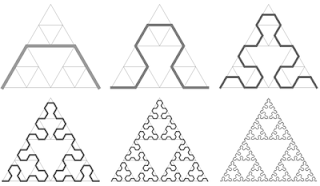 and his pentagon O_O

*He also got to be on a coin, which is pretty cool.*


These beauties are known as iterated function systems or IFS, and we will be looking at how we can build some self-similar fractals using Softimage ICE in this post.
**All these IFS have fixed Attractors.**

A finite set of contraction maps

, each with a contractivity factor

, which map a compact metric space onto itself. It is the basis for fractal image compression techniques.

An object is said to be self-similar if it looks "roughly" the same on any scale.

Each consists of affine transformations involving rotations, translation and scaling by a constant ratio, where applicable. It can also be divined as the smallest unit which itself cannot be decomposed into two or more attractors.

A Lindenmayer system, also known as an L-system, is a string writing system that can be used to generate fractals with dimensions between 1 and 2.


To create this fractal you need the following things:
1. repeat on counter node
2. clone point node
3. basic kind of loop
*Just a note, this is a really render and ram intensive way of doing any fractal, but it is cool if you just want to get your head around the math of L-Systems*


In Image A you will see that I have two parts to my setup.  Part one is adding a single point to a pointcloud, and part two which I call the I.F.S is where that point gets cloned and repeated for the fractal.  This is the basic setup for all four of Sierpinski's fractals shown above.

What the Log node - Image D - does is translate the new triangles so that they fit inside the original triangle.  We do this with the help of the point ID's and a select case node, run by a loop.

In Image F you can see the ram usage and render time if your on an Iteration step of 12 with 531 441 triangles in your scene.  I'm totally looking into ways of speeding this up.  My poor laptop can't really handle this much ram going to a render.

Once you've mastered the Triangle feel free to try and make his carpet as well.  Image AA and AB shows the log and scale for that. Start with a Box with a scale of 10 and then fit 8 new boxes to the side facing the X translation.

Start with a single cylinder that is rotated to lay horizontally with a scale of  5, 10, 1.  Now just build Image BA and BB into the IFS node.

The scale for this one is also 0.5 just like the triangle.


This one becomes really heavy after 12 iterations couldn't even render it...


To make the beautiful pentagon you will need to make a pentagon and the use the instance shape node to add it to your point in your pointcloud.  This one is a weird one... It has a log with 5 clones and a scale of 0.618 but it also has an offset of sorts.

The offset comes in with the 5 sides of the pentagon being in strange places : / See Image CB for the strangeness.

Thanks Sue for your post, now I finally know how to spend this gray and cloudy day.. (you saved me from ending up watching cats flushing toilets on YT again ;)

Lol, I love me some cat videos toooo :D