Never underestimate the power of reference, here is some I used...

Here is some video reference of a tiger underwater.....

After watching the reference many times, I decided to break up the "underwater effect" into five different areas....

In my little demo scene for this blog post I'm going to touch on some of the ways I got around these problems. Obviously it includes tons of things I learned from tutorials and other resources. I'm not going to go into to much detail. Honestly I don't know if this is the best way to make under water fur effects, lets just say it worked for me :D Here's a Capture of the demo scene....

Break down of Scene

Step One: "Force of movement" made with the following ICE Trees 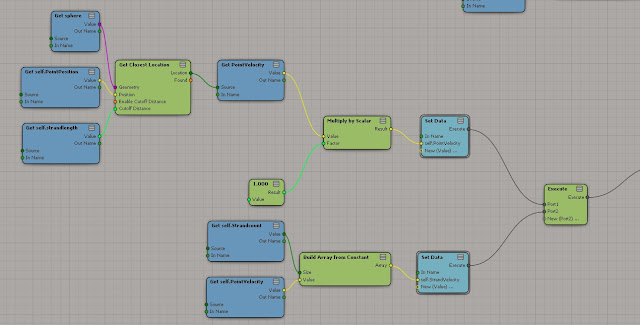 Then I apply the Velocity as a "force", and vary it with the mass of the strands. 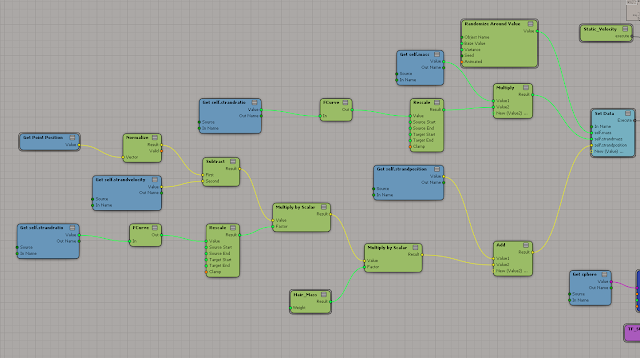 Step two: I made the following ICE trees for the wake.

The wake was just added to the "force" of the velocity.

The wake is a simple sin function that takes the global position into account. I added a random around value to the amplitude to get it to be less repetitive. 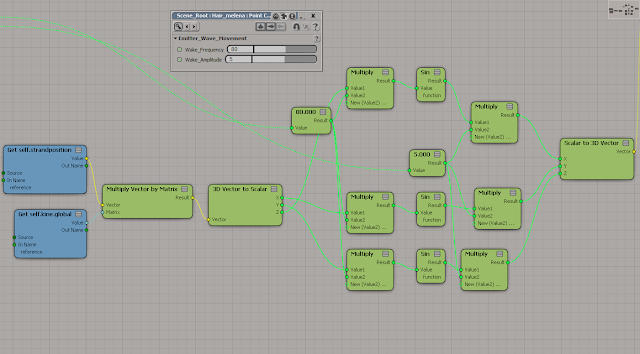 Step three: The following ICE Trees are for water direction and movement.


To start off, watch this tutorial by Paul Smith
Vector Flow

So now that you have a feel for vector flow, I used the vector flow of a bunch of curves the represented the "waters" flow direction. This is all still in the modeling stack.

Here are the curves I made for this scene.... to create variation of motion in the water I just animated the curves to rotate around their local orientation. 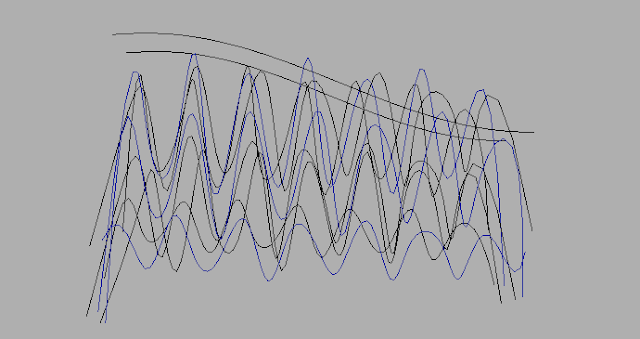 Here I have the strands push away from a Null object. I modified the modulate by null to take into account the strand position of the strands.

The puff is just a simple push along the Y axis of the strands to add the illusion of weightlessness.

Nice thing about doing the "under water effect" in the modelling stack is... I could step through my scene without having to wait for a simulation bar to calculate. And because of the curves I could change the way the water effected the fur on frame 60 but have frame 5 be uneffected. Which is really nice and flexible and feels more like animating then simulating. :D